From Enlightened Humour to Media Satire: Discourses and Practices of Dissent in Times of Crisis

Humour and satire are currently experiencing an important comeback that cannot but be understood as a symptom of the years of crisis. The launching of the monthly digital humour magazine Orgullo y Satisfacción [Pride and Satisfaction] in September 2014 and the magazine Mongolia in March 2012, are good examples of this phenomenon. Both could be regarded as counter-hegemonic media that, under the pretext of the right of citizens to receive – and communicate – factual information, including the freedom of speech and conscience, contribute to revealing what the official discourse conceals or its contradictions, as well as offering an alternative lens through which to view the facts that it presents, as a way of practising “countervisuality”.
This resurgence of humour and satire as a form of social protest and criticism leads us to reflect on the possibilities, uses and appropriations of such languages in both the practice of dissent and entertainment in different historical contexts. The importance of such languages is underlined by their relation to the practice of freedom of speech, since both humour and satire offer individuals an effective way of escaping from repression and troubles, above all in times of crisis, a moment when they become efficient weapons for intervening in history and providing a channel for the plurality of ideas (or non-official discourses).
Humour and satire act upon the real-immediate, or daily routine, revealing what the discourses and actions of the representatives of officialdom conceal. And they usually do so by using epistemic inversion or, occasionally, deformed aesthetics, thus experimenting with narrative resources belonging to very different disciplinary fields. What is more, throughout the history of mankind the aforementioned languages have shown their performative capacity to adapt to new media and formats, and to dovetail with other forms of communication, both new and old – which leads us to believe that there is a need to link the reconstruction of the history of their uses to social mediation.
Such a premise, therefore, confronts us with the idea of conceiving humour and satire as manifestations that promote alternative social practices, whether for defending the status quo or for promoting changes in the social structure.
On another level, there is evidently a need to study their communicational efficiency based on the analysis of the continuities in their ways of narrating and developing into a cultural product in different eras – from the Enlightenment to the 21st century – in addition to analyzing their reception, their effects in different contexts, or the way in which they were able to determine the vision of themselves and access to the world of different collectivities.
Therefore, we propose the following lines of research which could contribute to a wider interdisciplinary approach to humour and satire as communicational phenomena:

– The 18th century: enlightened satire
– Satirical imagery and publications in the 19th century
– The integration of the popular in mass culture by means of humour and satire
– Humour and satire as discourses of dissent
– Cartoon humour and alternative ways of approaching current affairs
– Continuities and differences between popular humour, modern humour and media humour
– The birth of humoristic and satirical publications in times of crisis (from contemporary Spain to our times)

Authors should submit their manuscripts though the digital platform OJS (http://icjournal-ojs.org/index.php/IC-Journal/login), and for any queries should email IC staff at: info@ic-journal.org.
To be considered for publication in IC, all manuscripts must fully satisfy the requirements set out in the author guidelines available at: https://ic-journal.org/normas-e-informacion-para-autores/ 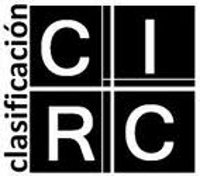 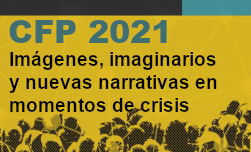